Scientists Investigating the Impact of Plastic 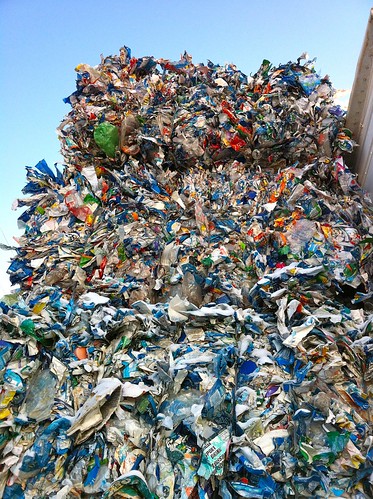 A research team made a documentary last year about marine life.  The team found plastic trash that had traveled thousands of miles across the ocean to come to a stop on the other side of the planet, on a remote island northwest of Hawaii.

A group of filmmakers and biologists found some turtles nested in the middle of plastic bottles, lighters and toys. And albatross chicks were found dead or dying because their parents had fed them plastic.

Some of the young die when sharp objects pierce their bodies, others by starvation, with their stomachs full of plastic that they cannot digest.

We have known for some time that plastic is a threat to albatrosses, but how dangerous is the plastic waste to other species – including man?

Part of the plastic found in our oceans was thrown into the sea illegally. Another portion is junk from fishing, but most comes from poorly managed landfills and industrial wastelands.

The garbage floating in the oceans is moved by large systems of rotating ocean currents, such as large eddies, driven by the rotation of the earth and winds.

The Hawaiian archipelago is situated in the middle of one such system, known as the North Pacific Gyre – one of five interconnected systems of ocean currents.

Each of these systems form a spiral, rotating from a central point, causing debris to move to the inside.

These spirals can also eject material towards the Arctic and Antarctic continents, spreading the plastic around the planet.

The plastic is made to last, so it degrades very slowly in the seas, breaking into smaller and smaller fragments. These tiny pieces of plastic are known as micro-plastic.
[divider]

To demonstrate what happens to the plastic that degrades in the ocean, marine pollution expert, Simon Boxall, of the British National Oceanography Centre in Southampton, Great Britain, on the south coast of Great Britain, filtered 400 tons of sea water and took debris in his laboratory for analysis.

The naked eye could see mud, twigs and feathers. But observed under a microscope, the sample contained small particles of plastic.

There were pieces of plastic ropes, bags and colored fragments, some with a pointed shape. Some of the particles were less than a millimeter thick, the same size of organisms present in the sample – phytoplankton organisms (plants) and zooplankton (animal organisms).

“There has been much research in the United States to investigate how plastic enters the food chain,” says Boxall. “Certainly it was shown that it enters the bivalve types, mollusks and oysters on the seabed, and has an effect on them.”

“They accumulate the plastic biologically as they filter the water. That effectively concentrates the plastic and turns some clams into hermaphrodites,” he says. “A few years ago, we thought it was just fiber, and there was no big impact, but we now know that these very small particles can mimic things like estrogen.”

The researcher adds, however, that the actual effect is not known.

“These plastic particles are like sponges, and are like magnets that attract contamination, things like tributyltin (extremely toxic substance, used in paints for boats). The tiny particles absorb these materials and effectively become very toxic,” describes Boxall.

“We still do not know if this then impacts on the food chain.  It is still too early to know how far down the food chain these plastic particles penetrate.”
[divider]

Experts from the center of Ecology and Marine Biology, University of Plymouth, in Britain, are studying the impact of pollutants on oceans and rivers and on the creatures that inhabit them. The scientist, Richard Thompson, who works at the center, was the first to describe the tiny plastic fragments as ‘microplastics’ as early as 2004.

“There are two concerns toxicologically,” says Thompson. “There is the fact that plastics are known to absorb and concentrate chemicals from seawater.”

“And the second question relates to chemicals in plastics that have been introduced since the time of manufacture to obtain specific qualities such as flexibility or flame retardant and antimicrobial substances.”

The plastic is dispersed into small fragments in nature, where there remains the possibility that these chemicals are also released into the environment.

And the answer, according to Thompson, is that more research is needed on the subject.

The team of experts examined fish found in the English Channel, about 500 individuals from ten different species, among them, poor cod and mackerel (fish of the cod family). The study results were published in the Marine Pollution Bulletin (Lusher et al, MPB, December 2012).

“We found microscopic plastic in the guts of all species, but in relatively low amounts – one or two particles per fish – so then surely there is some risk from the standpoint of the human population consuming these fish even though they usually do not eat the viscera,” says Thompson.

But if the plastic itself is not consumed by humans, there would be no danger of contamination from the fish flesh by toxic substances contained in the plastic, and therefore, what about the man who eats fish?

Thompson says it’s still not possible to know. “The amount of plastic that we’re finding is so small that any risk from the standpoint of human consumption is nonexistent, at least from what we know right now,” he says. “Obviously this is something that needs more research.”

The expert adds, however, that the team wants to know if the plastic represents a danger to the animals that ingest it, both for its presence in their bodies as well as the possibility that they can transport within themselves harmful chemical substances.

So, on one hand, the impact of the spread of plastic trash in the seas can be evaluated by experts who study marine life in remote places like Hawaii, while the effect of “hidden” plastic spread by the oceans is more difficult to assess.

Translated from the Portuguese version by:

Driven by American demand for cheap furniture, China has become the greatest importer of illegal timber. The...
Read more
Environment

Most people are unaware that one of the greatest threats to their freedom may be a United Nations program which plans to depopulate 95%...
Read more
UFOs & ETs

Alien Base for Giants Discovered in the Bucegi Mountains

In the summer of 2003, in an unexplored area of the Bucegi Mountains, a team from Zero Department (a top secret section of the...
Read more
World

As of recently, Russian president Vladimir Putin took yet another decision for his country. "Under any circumstances", the Rothschild family is banned from entering Russian territory. Along...
Read more
Activism

Driven by American demand for cheap furniture, China has become the greatest importer of illegal timber. The...
Read more
Environment

The company intends to replace 20% of its fuel with clean energy to save the atmosphere 142,000 metric tons of CO2. Alaska Airlines made history...
Read more
Conspiracy

How NSA can Spy on Any Wireless Network Anywhere

Genetically engineered rice that borrows a single gene from barley may dramatically reduce methane emissions in the atmosphere, at the same time yielding up...
Read more
News

Selected not Elected — Rothschild Hold $100,000 a Plate Dinner Fundraiser for Guess Who

Washington, D.C. – Providing even more proof that she is simply a puppet for the ruling oligarchy, on Thursday, Hillary Clinton attended a $100,...
Read more
Load more